Things have been busy. The blog has been quiet since late-August and, until last weekend, I hadn't purchased, looked at, or even thought about cards all that much since that last post. It's just been that busy.

Work got crazy as fall began and then I found myself interviewing for a new job (a process that lasted a few months). I got the job in late-October and it's been even busier since. But the job came with a company car and a sizeable pay raise, so it's not all bad.

Anyway, I was back in California visiting family last week for Thanksgiving and made a stop at my former LCS. Perhaps it was the lack of cardboard in my life over the last few months, but I quickly found myself opening up several hobby boxes, including a box of 2019 Stadium Club, two mini boxes of 2019 High Tek, and a box of 2019 Allen & Ginter.

I'm still trying to go through all of the cards, but I wanted to get back into blogging and thought I'd show off some of the hits, including a few big ones. 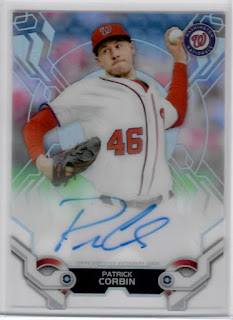 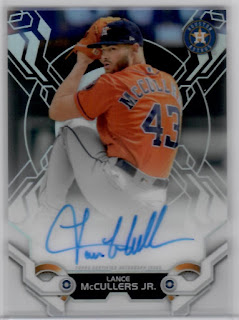 A decent pair of autos in Corbin and McCullers. Really great looking cards. 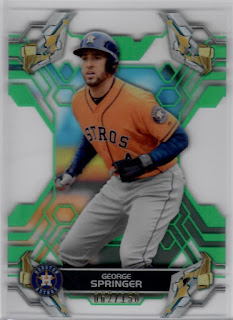 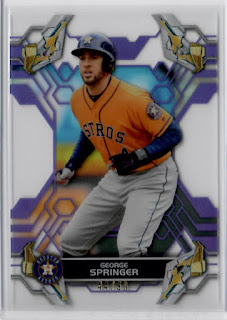 A couple of Springers. Green and Purple parallels numbered to 150 and 99, respectively. 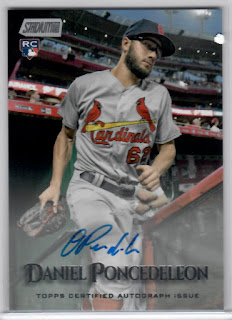 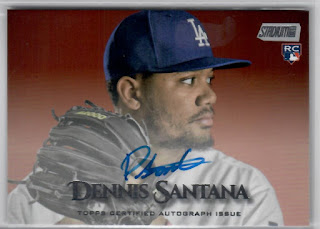 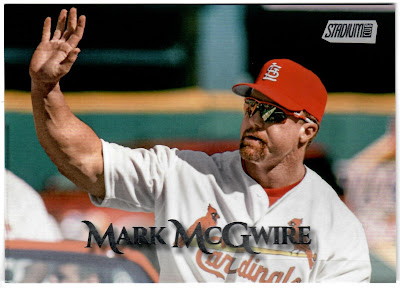 The Poncedeleon and Santana are meh hits, but the box also included a pretty sweet Big Mac boxloader. The bottom bent a bit during my travels back to NY, so that's a bummer.

Allen and Ginter
This box alone was worth the price of the rest of the cards. Upon cracking the box open, this Goldschmidt was sitting at the top as the box topper. It's an N43 auto, so it's a bit oversized, but it's certainly one of the coolest cards I've ever pulled. 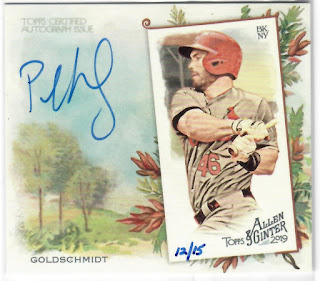 As if the Goldschmidt wasn't enough, this Darryl Strawberry 1/1 mini black printing plate fell out of the very first pack I opened. The cards in that pack were all gold-bordered (sorry I don't have any images), so we quickly figured out that this was a hot box. Hot damn. 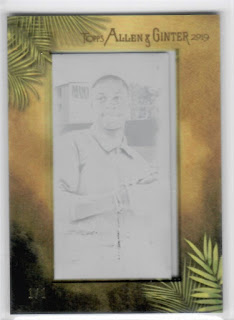 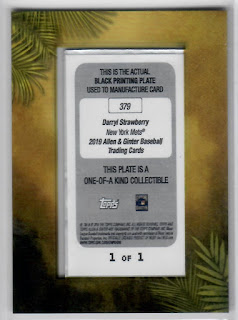 Next up was another mini, this time a framed relic of the Hall-of-Famer, Roberto Alomar. 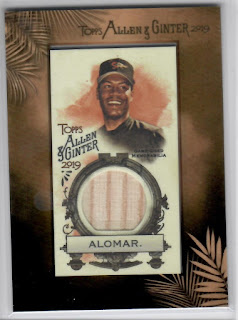 Though I already hit the three hits each box contains, two more relics found their way into my hands. Not bad. 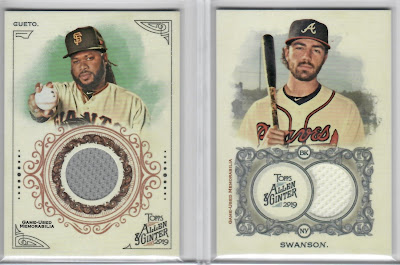 All in all, it was a pretty successful day and a welcome return back to card land. Hopefully, I'll be back soon with the rest of the cool stuff I pulled from these boxes.
Posted by Alex Markle at 5:56 PM