The last few months have been crazy, but I have some good news:
With that news out of the way,  let's catch up on a trade I from way back in April. I'm severely behind on trade posts, so this will be the first of many of the next several weeks. First up, some cards from Gavin at Baseball Card Breakdown. 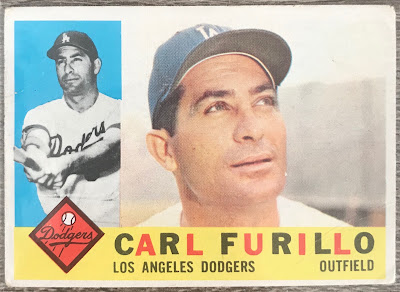 Gavin runs one of my favorite card blogs out there, so when it was time to move on from some Archer cards earlier this year, I knew he might be interested. 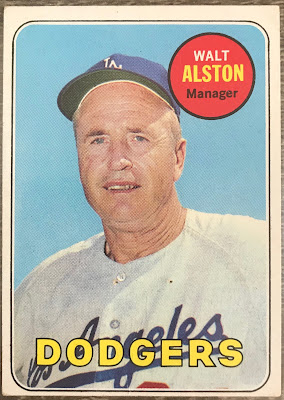 In exchange for the Archer set, Gavin sent quite a bit of fun--and vintage--cardboard my way. The Furillo and Alston above (from 1960 and 1969, respectively), as well as the LA Dodgers team card (below) from 1962, inch me closer to building complete Dodgers team sets. I'm nowhere near close completing any vintage sets, so this will take some time. Fun fact: this is the first 1962 card in my collection. 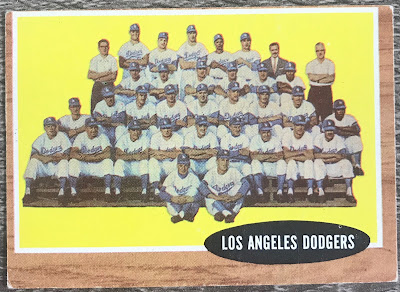 Would it really be a trade with Gavin without customs though? 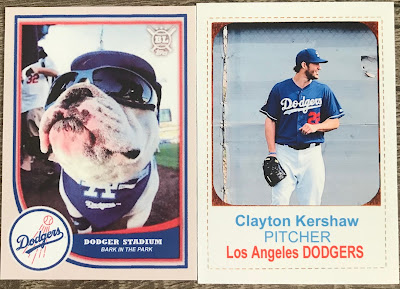 He sent along a pair of fantastic custom Dodgers, including a card from Big League Baseball that never was. I feel there is potential for an Orel Hershiser/Bulldog connection here. The Kersh is nice as well; it's refreshing to see cards featuring the Dodgers blue tops they wear in Spring Training. 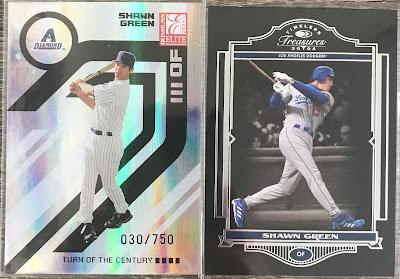 Gavin's package contained a number of other great cards (including an autograph of failed Dodger prospect, Tom Windle), but it's not so often I add new Shawn Green cards to the PC. I was devastated to learn Green was traded to the D-Backs in the winter of 2005 (for Dioner Navarro and a handful of other prospects who never panned out, if you were wondering). It's still tough to see him in that purple pinstriped jersey.

Thanks for the wonderful deal, Gavin!
Posted by Alex Markle at 1:14 PM